This art  commission is in two parts

1: A large scale mosaic to be installed in the school hallway.
2:  Portraits of pupils based on the pupils drawings and an additional  portrait of
parents/grandparents. 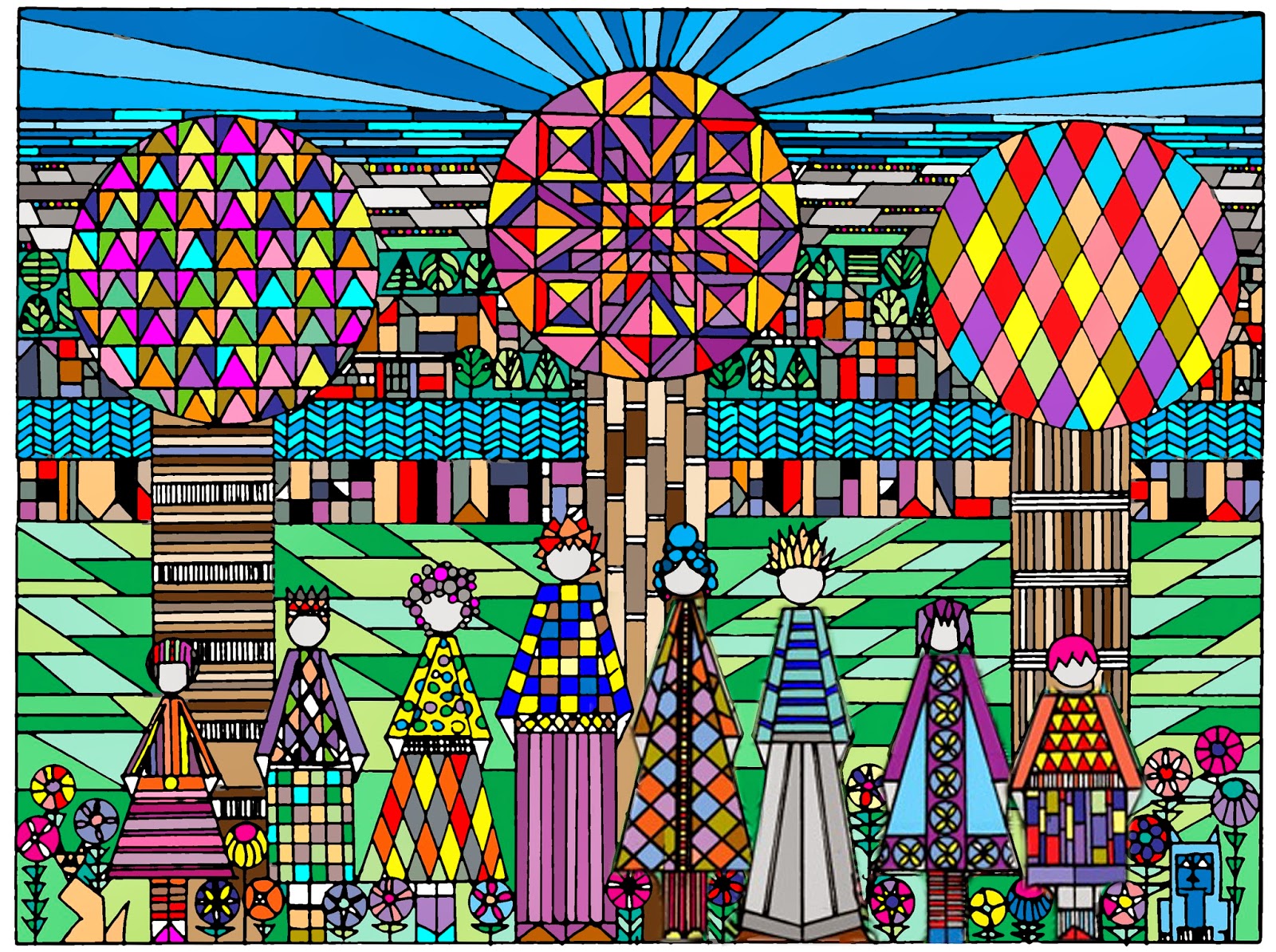 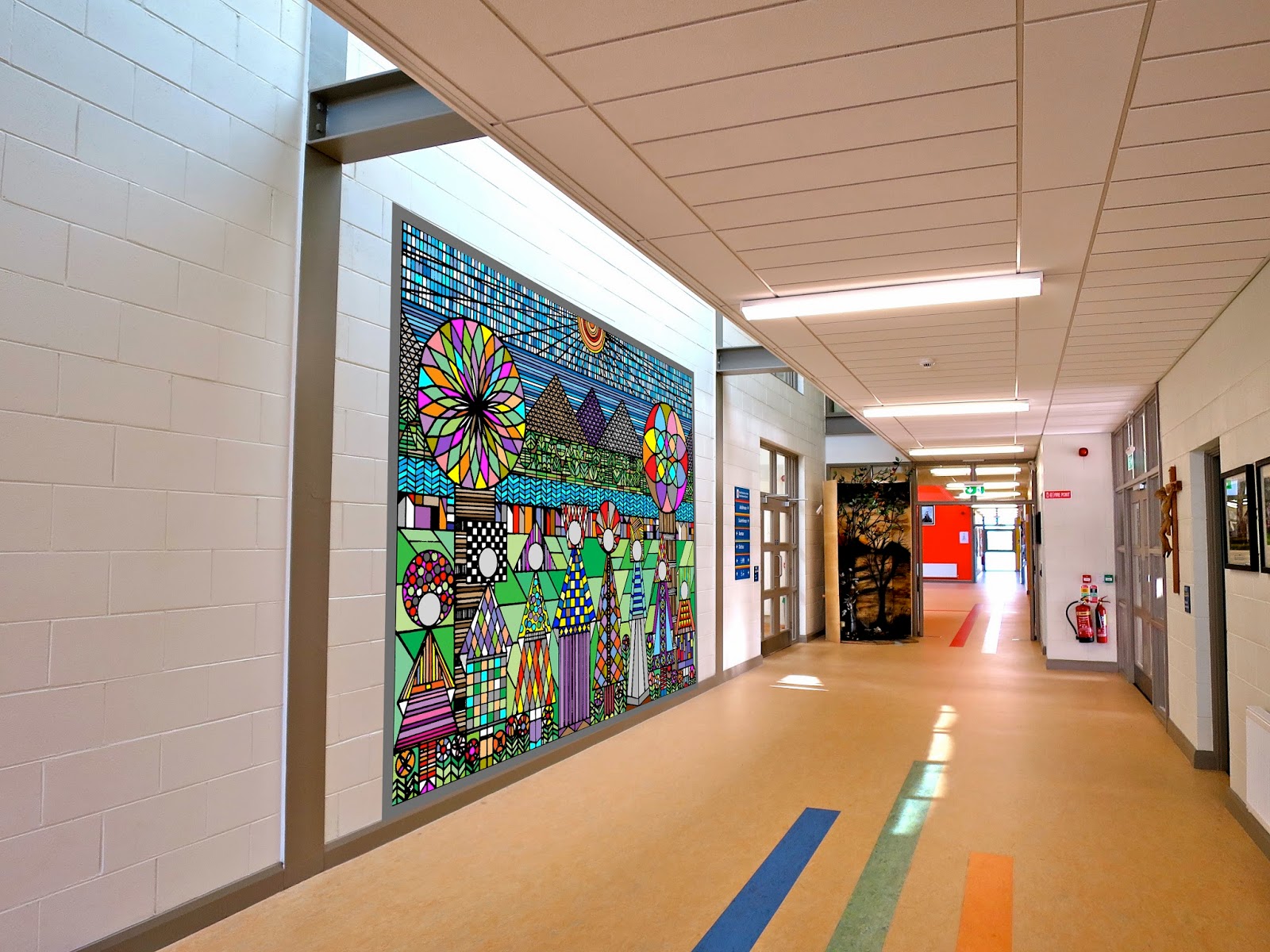 Using photo-shop an  Example  of how the mosaic might look when installed.

This artwork will be made  entirely of geometric shapes. The  background landscape  represents where the pupils  live.  There are  8 geometrical characters in the picture. . Each character is a life sized depiction of a pupil from each class. The faces of each character is a mirror,  , the pupils can  see themselves or friends as a particular character and each year as they grow they can ‘become another character .


The pupils are depicted standing in front of some notice boards. The white squares depicted in the illustrations above will be the real artwork of the pupils that I’ll have made into glass tile decals and scaled down to fit into the artwork. Each notice board will represent a class and the pupils artworks that I’ve depicted will show work that represents how they see themselves, what they love, where they live and what they do in school.

Example  of how portraits might look when hung in the school . 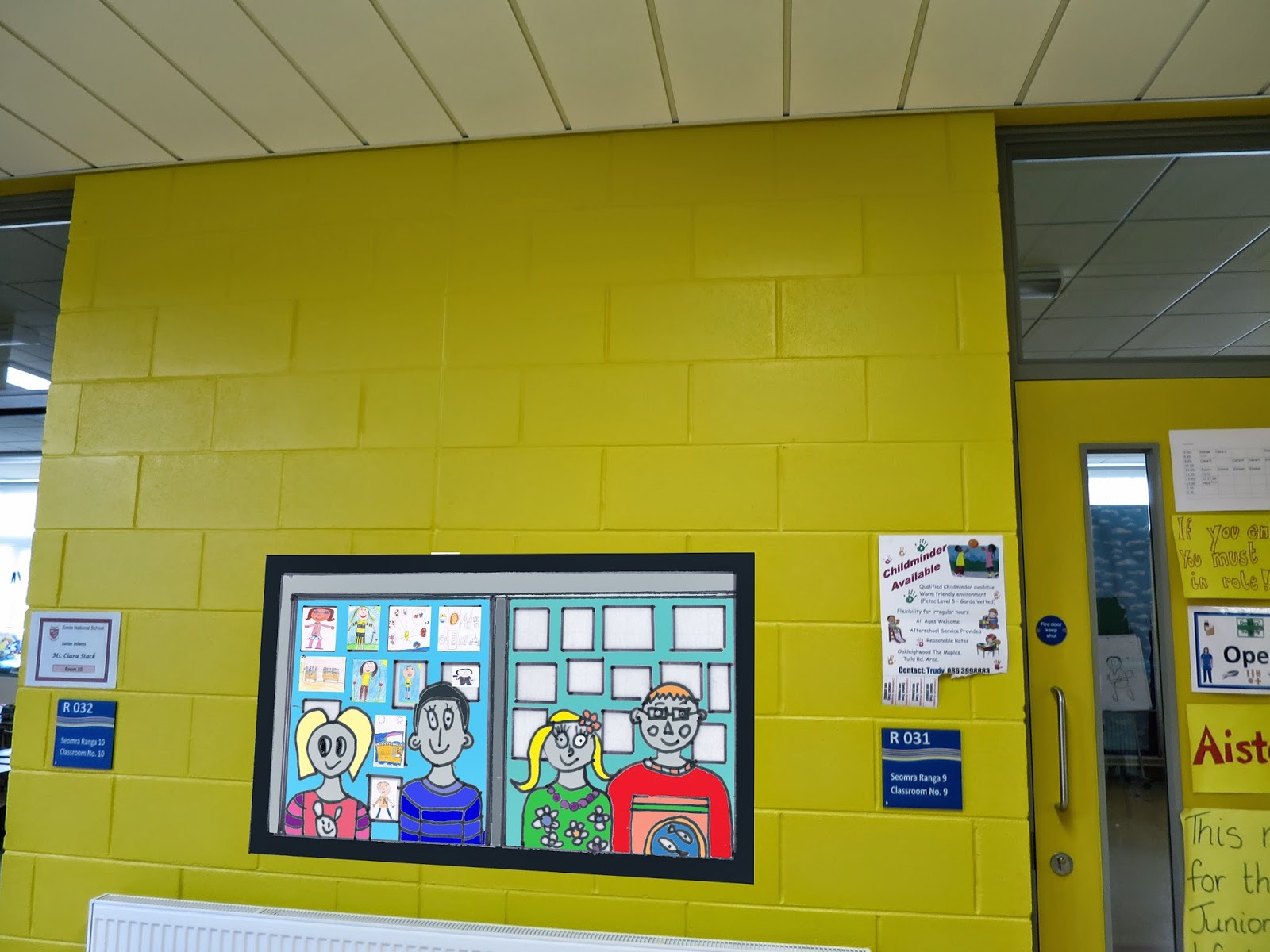 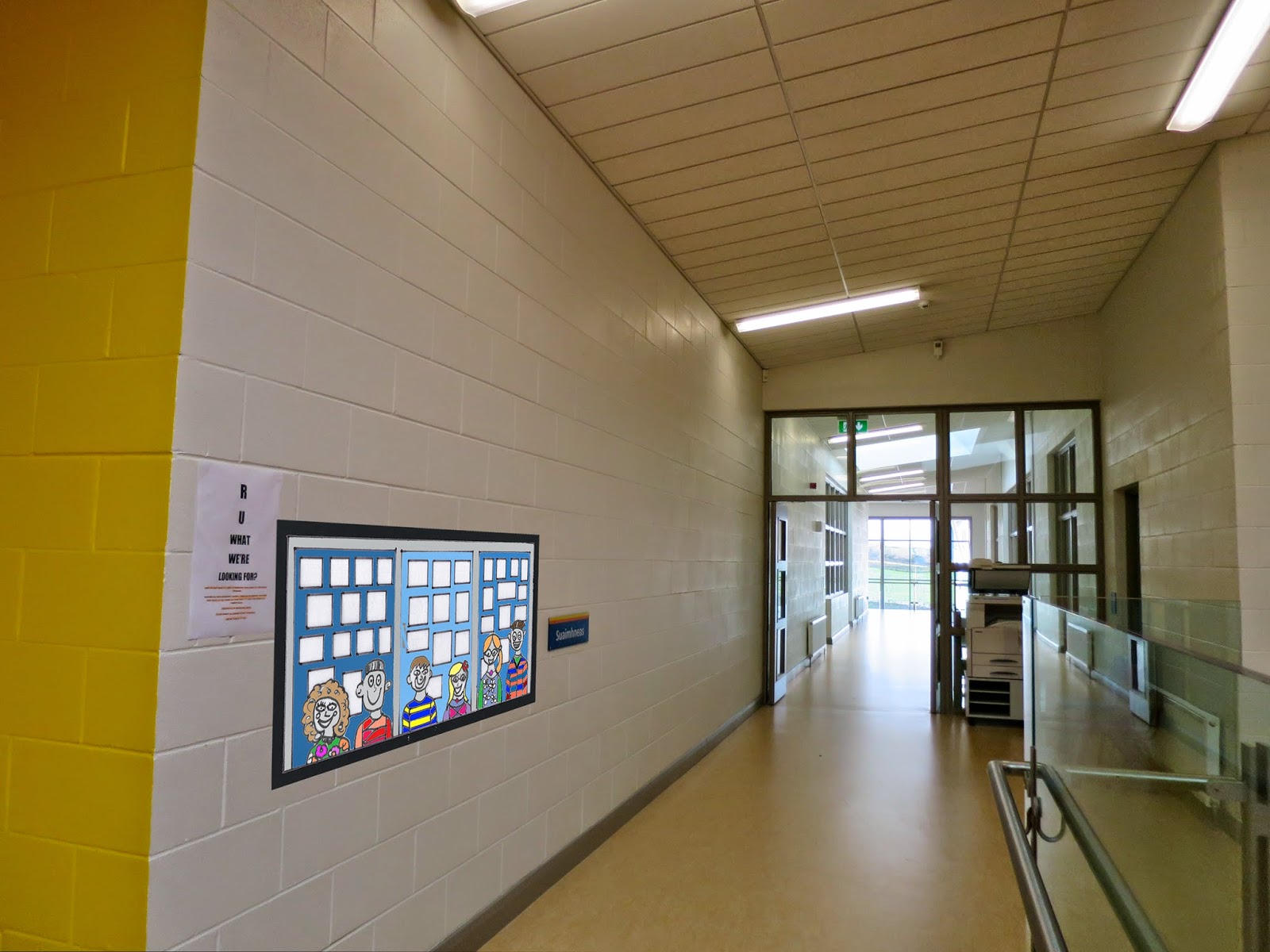 Details about portrait number 4:
“The Parents and Grandparents of Ennis NS”

the  ‘words of wisdom/advice ’
I have depicted 7 parents /grandparents, each has a mirror face so that the observer can be the reflection and they see themselves as an adult with adult characteristics.

UPDATE: 6/5/2015, In a change to the original ,  7 parents became 6 as each speech bubble  contains all the answers to the 6 questions that were posed to the grand/ parents   by the pupils.
Questions were
1 What was school like when you were young ?
2 What is the most important thing you ever learnt in school ?
3 What do you remember most about school ?
4What is the most important lesson life has taught you ?
5 What was the best advice you ever got ?
6 What advice would you give to your child now ?

Work in progress : Design and Decals